Constancy; one single word to describe Jeanloup Sieff’s (1933 – 2000) work. A resolute mind, unwavering in visual style, Sieff’s images become instantly recognisable. Not so because of a particular subject, after all he was quite versatile, shifting with ease from portraits to nudes and from fashion to photojournalism unlike other photographers who worked in specific thematic areas. Rich and dramatic shadows, ever present in his work and the only constant factor, unveil his presence. Jeanloup Sieff immerses himself in his pictures, his vision remains the same regardless of the subject. Black and white is the norm, along with a frequent use of a wide angle lens, distorting perspective. Even though the perspective distortion wide angle lenses prominently feature can render the subject unnatural and distant to us, Sieff’s images are imbued with sensitivity and a tenderness that embraces the person depicted. â€œMy pictures are like many little black and white rocks I left here and there in order to find my way back to my teenage yearsâ€ he would describe later on in his life. 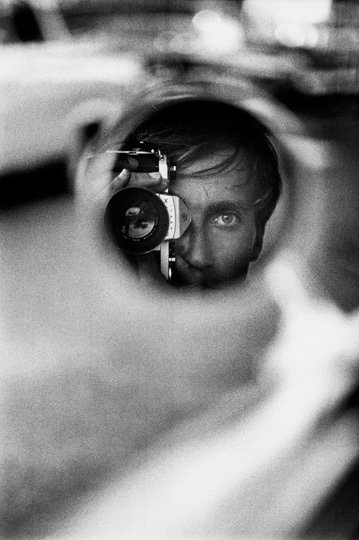 Born and reared in Paris, of Polish descent, he was gifted his first camera by his uncle, a Photax, at the age of fourteen. A life shaping event according to Sieff. Many years later, he would confess how meeting girls to photograph as a teenager in the winter resort of Zakopane in Poland, formed the everlasting bond with photography. He added that â€œIf I hadnâ€™t received that camera, today Iâ€™d maybe be an actor, film maker, writer or gigolo.â€. Â After graduating, he pursued, albeit briefly, various disciplines including literature (two weeks) and journalism (six days). The catalyst to this life-shaping period of Jeanloup Sieff’s life was attending photography courses at Vaugirard in Paris (one month) and for seven months at Vevey in Switzerland. He published his first photos in Photo Revue in 1950. 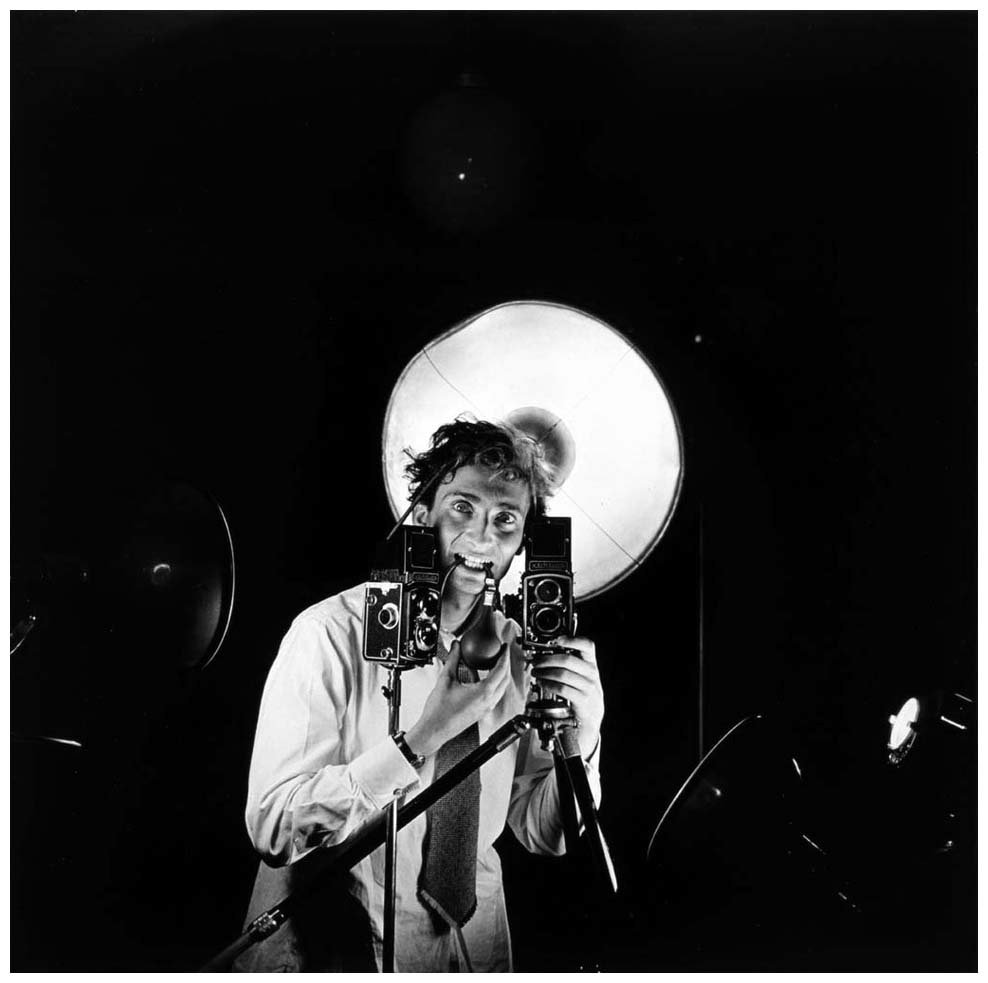 Upon his return to Paris he made efforts to enter the film-making industry, to no avail. During the next couple of years, 1954-1955, he freelances in photojournalism, though he never published the material . His first major collaboration was with French Elle in 1955 and lasted for three years before resigning. There, he introduced sensual and provocative elements, showing more and more skin in his editorials. Contrasting to our liberal era,where nudity in fashion editorials is the norm, Elle and the other fashion publications of the time were quite conservative regarding the content they featured as high fashion magazines. Untill that time models were depicted static, like mannequins, living cloth hangers and Sieff used a different visual vocabulary, presenting the models in a lively manner, granting warmth and essence in his photos, in addition to more intimate scenes. 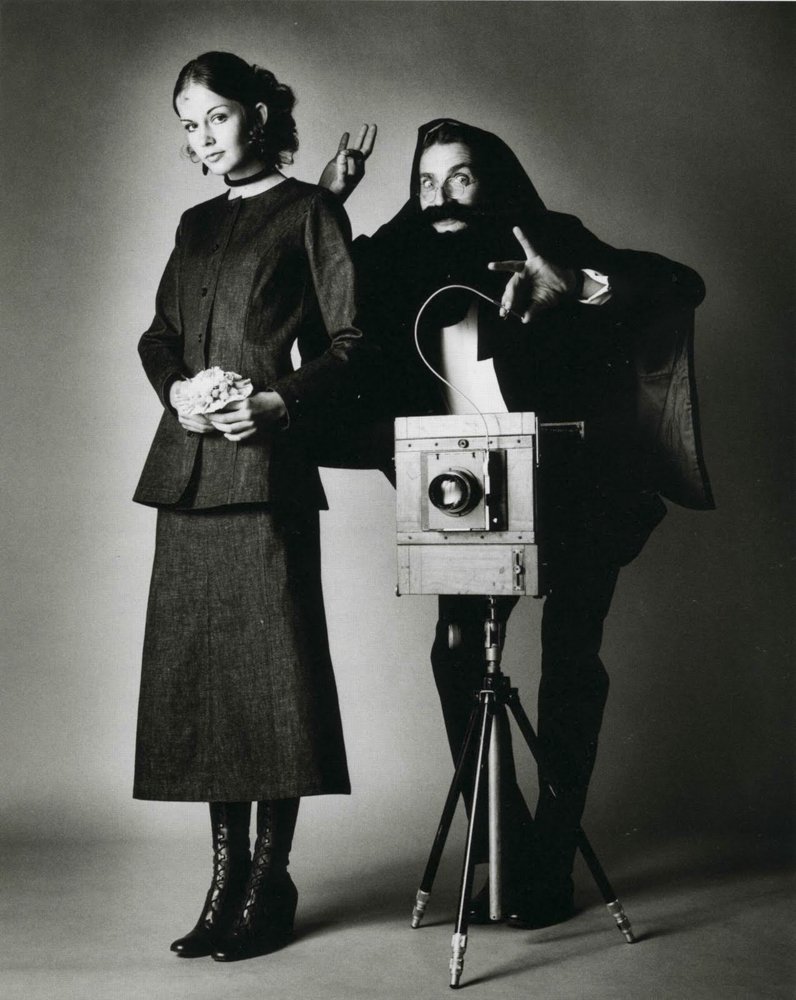 He then signed with prestigious Magnum Photo Agency, proof of his skill and talent, traveling to Greece, Turkey, Italy and Poland; yet he also resigned from it quite soon. During the transition from Elle to Magnum Photo, Sieff became occupied with street photography, documenting life in theÂ Rive Gauche, The Left Bank (the southern bank of the river Seine in Paris). He captured the bohemian and creative quarter of Paris at the end of era of existentialism and what remained of the great artistic community of Montparnasse.Â

Sieff relocated to New York shortly after his resignation from Magnum, in 1961. Two other European photographers, Helmut Newton and Frank Horvat, moved to the States around the same period, a sign of lack of chances for experimentation in post-war Europe. It is there in New York, that he begun to focus in fashion photography, contributing to Look, Glamour, Esquire, Harperâ€™s Bazaar and the European editions of Vogue, Twen and Queen. Yet, he would find the time to travel the continent, capturing the harsh American landscape, in a totally different way than he depicting his animate subjects. He would return to his birthplace, Paris, in 1966 and continued to photograph for Vogue, Nova and Elle, along with his personal projects and advertising work. A number of exhibitions, awards and book publications followed suit. 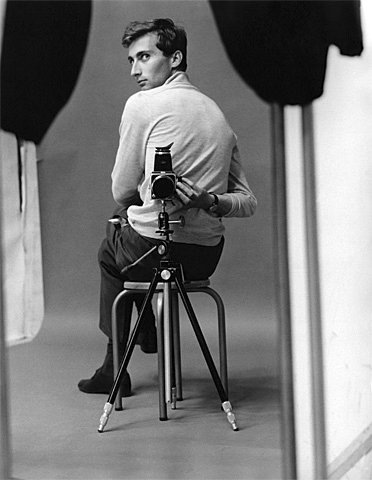 He became Chevalier des Arts et Lettres in Paris, 1981. In 1990 he was bestowed membership to the Legion of Honour by the French republic. In 1992 he won the Grand Prix National de la Photographie. 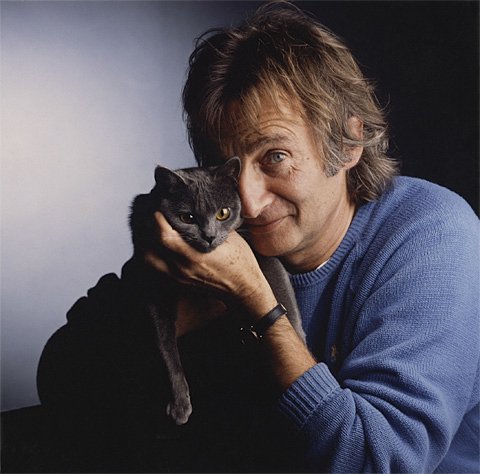 His anthropocentric work could be divided between studio and environmental sessions. As written before, even though the style and the setting changed, shadows placed at vital parts of the frame reign visually. His subjects are draped in light, while the setting, contrastingly, is draped in shadows with brilliant highlights to give them form. Photography was to him the freezing of time, the creation ofÂ  “so many small white-stones helping us, according to our mood, to rediscover feelings and forgotten faces.”

In 1967, he changed sides and appeared in front of the camera for Vogue, posing in Greece along with Jean Shrimpton for another acclaimed photographer, Richard Avedon. 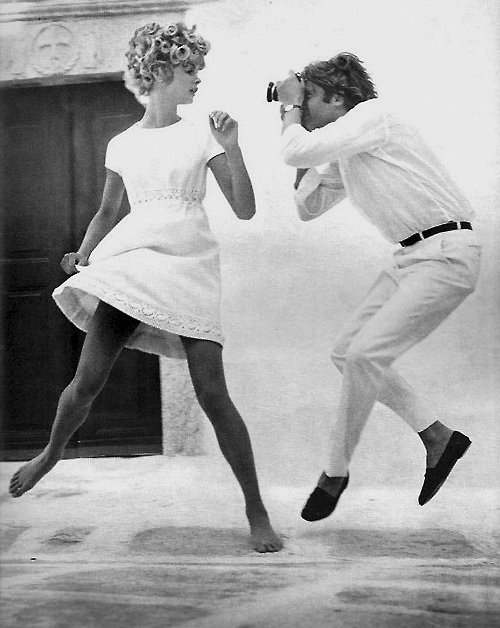 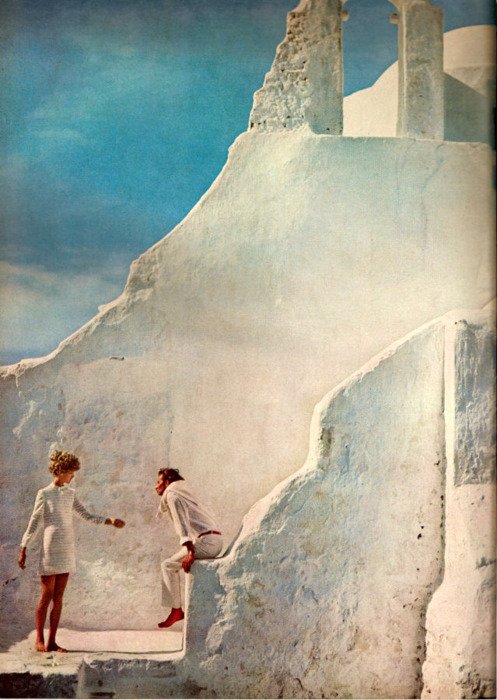 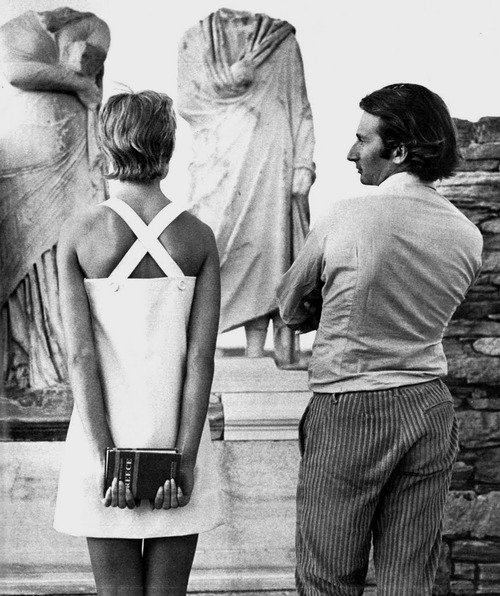 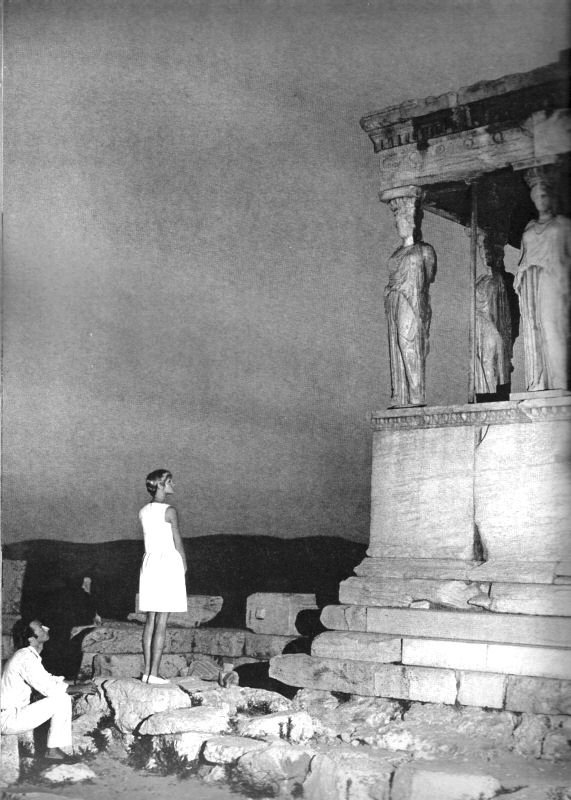 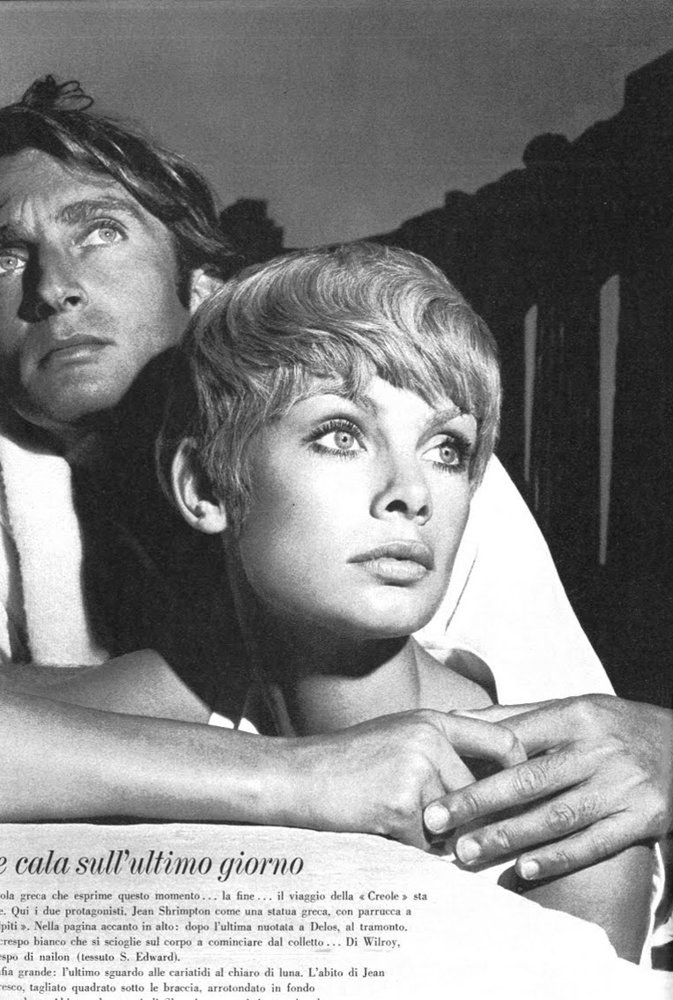